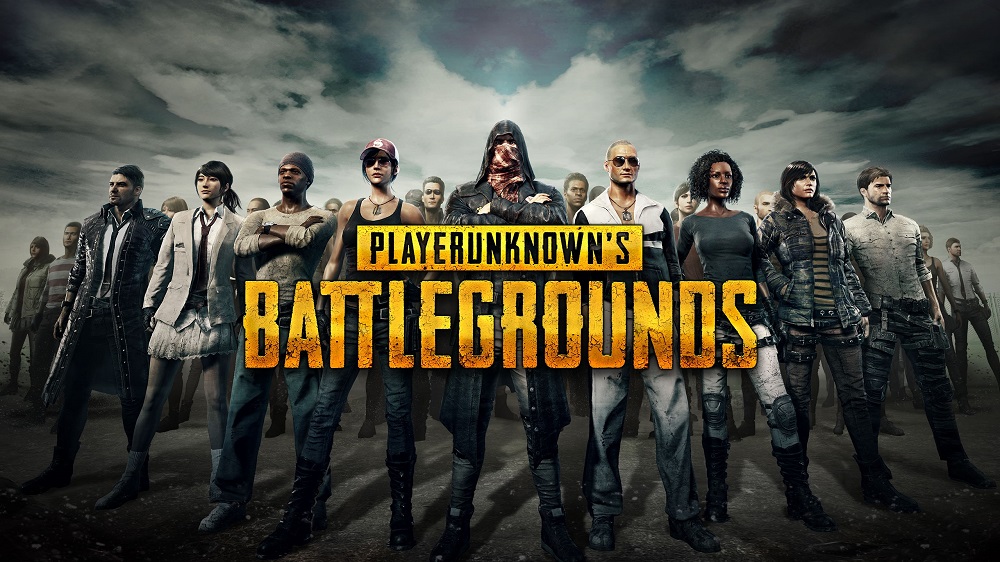 If you haven’t heard of Players Unknown Battle Ground or PUBG what many are calling it now, then you’ve probably been living under a rock. PUBG is one of the few early access games on Steam that have amassed an amazingly large player base that’s growing with each passing day. PUBG began as a mod for the now presumably dead game of Day-Z and H1Z1 took it and blossomed into one of the most played, most streamed games of the year.

Make no mistake, PUBG didn’t use any complex narrative, new feature or break taking graphics which raises many questions but the most notable question would be is How Players Unknown Battle Ground Became A Massive Success? How does a simple mod made by a humble Scottish modder-turned-developer result in a worldwide sensation that YouTube & Twitch Streamers just can’t get enough of playing? Let’s find out!

PUBG begins by adding 100 players into a single map. A game of Battlegrounds begins by parachuting 100 players onto a large island that has a mix of open areas, small establishments, vehicles and weapons spread out throughout the island. Players must then scavenge weapons, vehicles, and clothing while fighting and evading other players since to win the game you need to be the last one standing in every match. The concept sounds simple enough but how the developers execute it is the real hook of the game.

What makes PUBG so interesting is that it’s just as fun to watch as it is to play. Who could’ve thought that watching human beings relentlessly hunt each other in a game setting would be so entertaining, right? Watching players struggle for their lives in a hunger games-esque setting is just too entertaining for people to pass on. One of the major reasons the game gained so much popularity were the YouTube and Twitch streamers live streaming their games. 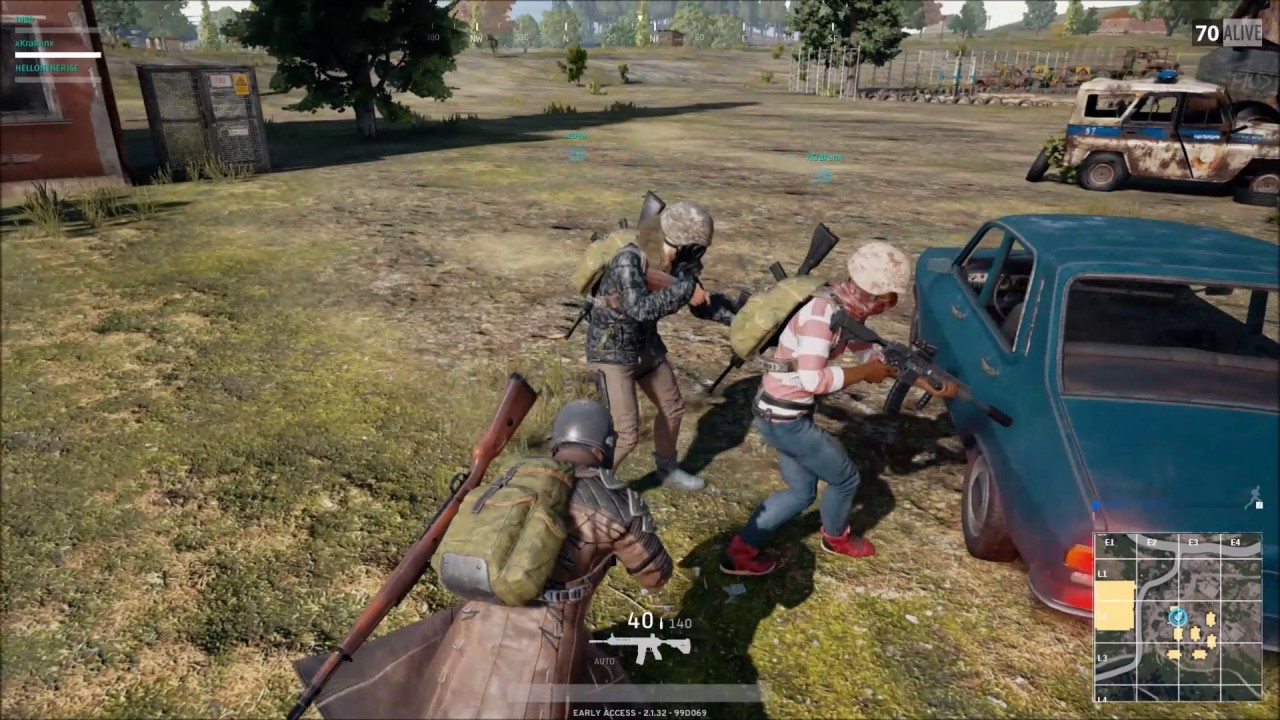 The Perfect Balance Of Exploration & Linearity

Unlike other games in the genre, PUBG wasn’t focused on bringing an ultra-realistic survival simulator but rather the main goal was to survive by finding the best armor, helmet, and guns to shoot anyone that comes within sight. Unlike DayZ, that lets you explore the landscape at your own pace, Battlegrounds keeps players on their toes by always having an electro field over the e tire map that gradually shrinks to keep the players on the move.

Getting out of the field means your health will start reducing which means you need to constantly push toward the center of the circle while shooting other player and staying alive to win. Keep in mind, this doesn’t mean that players can simply dash through the landscape on a vehicle since you’ll be an easy target for other players to ventilate your brain with a sniper. The perfect pace the game has set up between exploration and linearity is what makes the game so enjoyable overall. 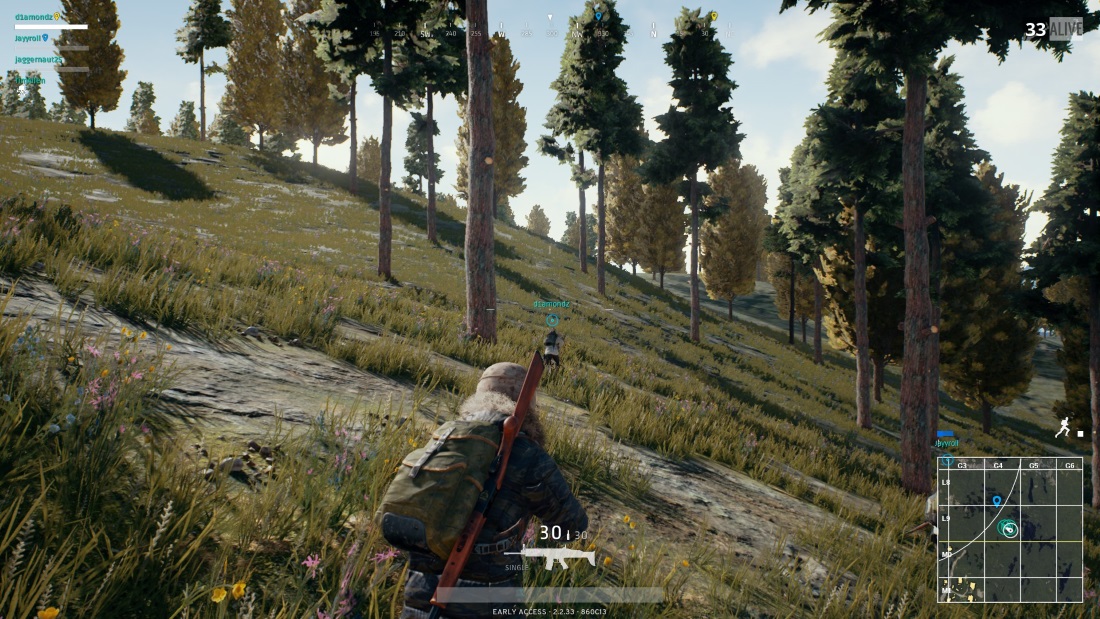 From the start to the end, you’re the one who gets to decide what you need to do and deal with the consequences of the action making for a refreshingly unpredictable game. This incidentally is also one of the major selling points of the game. When it comes to gameplay there’s nothing holding you back to try different things – even play the entire match killing people with cars. There are a quite a few different ways that you can explore the Island, camping and taking out people with snipers, or just going around sneaking everywhere and taking out unknowing victims before they get a chance to understand what’s going on. 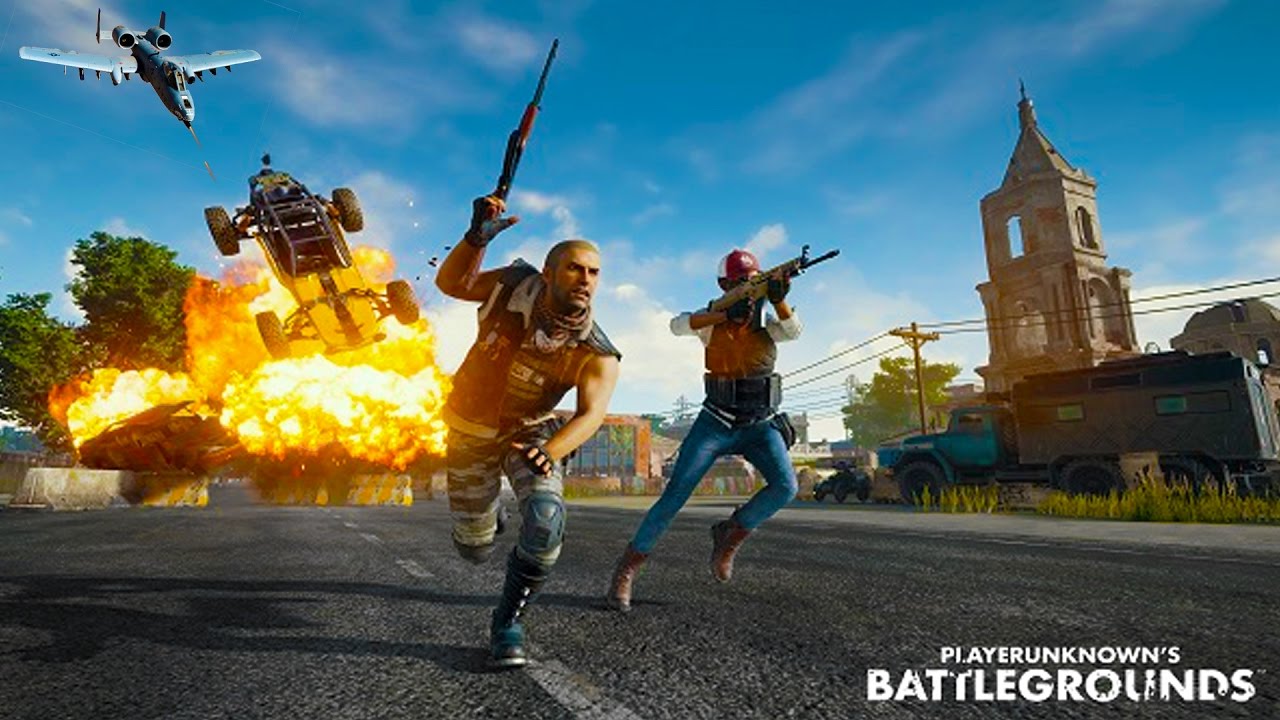 One thing that must be noted is that even though Players Unknown Battle Ground is still in its development phase its high production value makes it far less glitch and bug infested when compared to DayZ or other early access games. PUBG redefines what early access games should aspire to be, it doesn’t just run well it’s also much lighter and more responsive than most early access games. The controls are well fleshed out and the maneuverability shows just how much work was put into making the game presentable.

Inventory management is fairly straightforward too, listing your collected items on the left of the screen, and showing your outfit and weapon slots on the right. Players believe PUBG won’t let them down in the future which is why it’s growing at such an incredible rate and adding new features and content to enhance the gameplay experience. 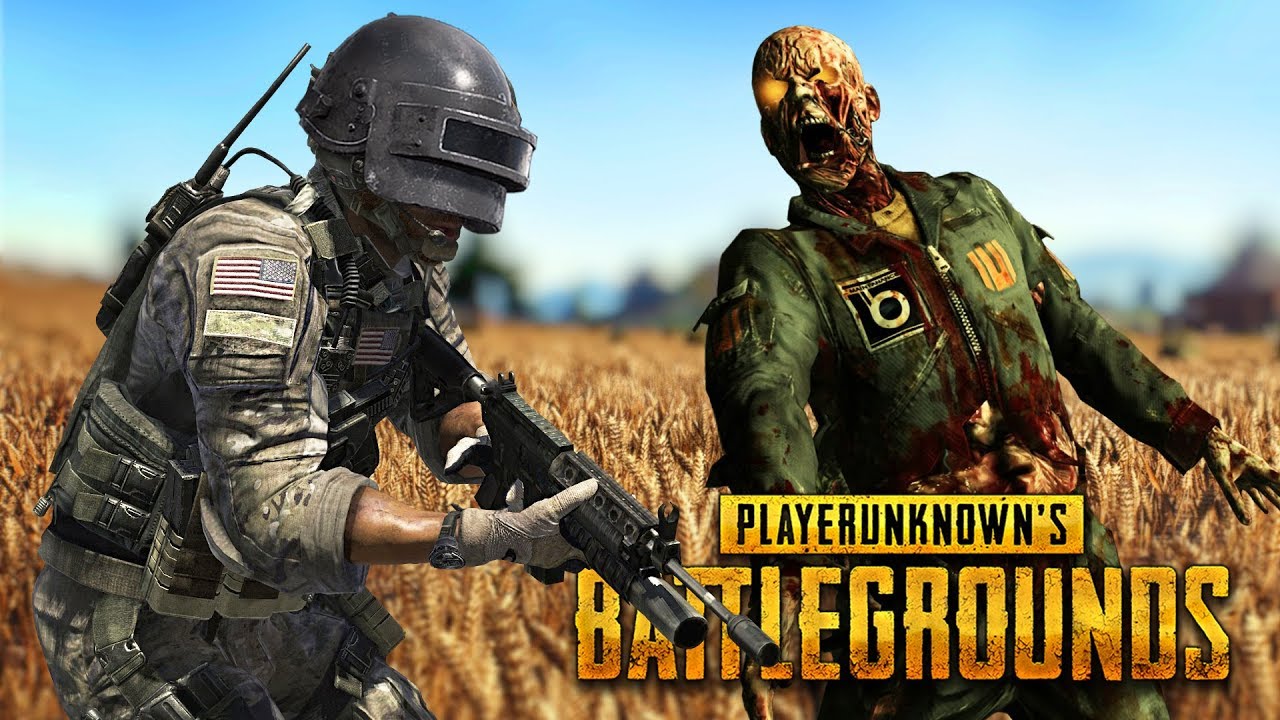 It’s The Favorite Game For Streamers

When Twitch Streamers and YouTubers like PewDiePie or Dr. DisRespect playing a game for hours almost every day means that your game is bound to get some major exposure. PUBG has become an instant favorite of the online game streamers and the interest doesn’t seem to be dying out anytime soon. The linear gameplay and short match times make for the perfect combination for game streamers to make videos about PUBG. Almost every streamer is talking about the game and more are joining every day with free marketing like this the game is bound for greater success.

In the end, PUBG accomplishes what it sets out to do so which is to bring players a game that is intuitive yet layered with multiple complex mechanics and gameplay elements that keep players on the edge at all times. It’s fast, slow and dynamic all at the same time whereas the gameplay never seems to get old since there’s always something new to try. With the developers constantly adding new maps, skin, weapons and improving graphics, players can rest assured they have a lot more to look forward to. 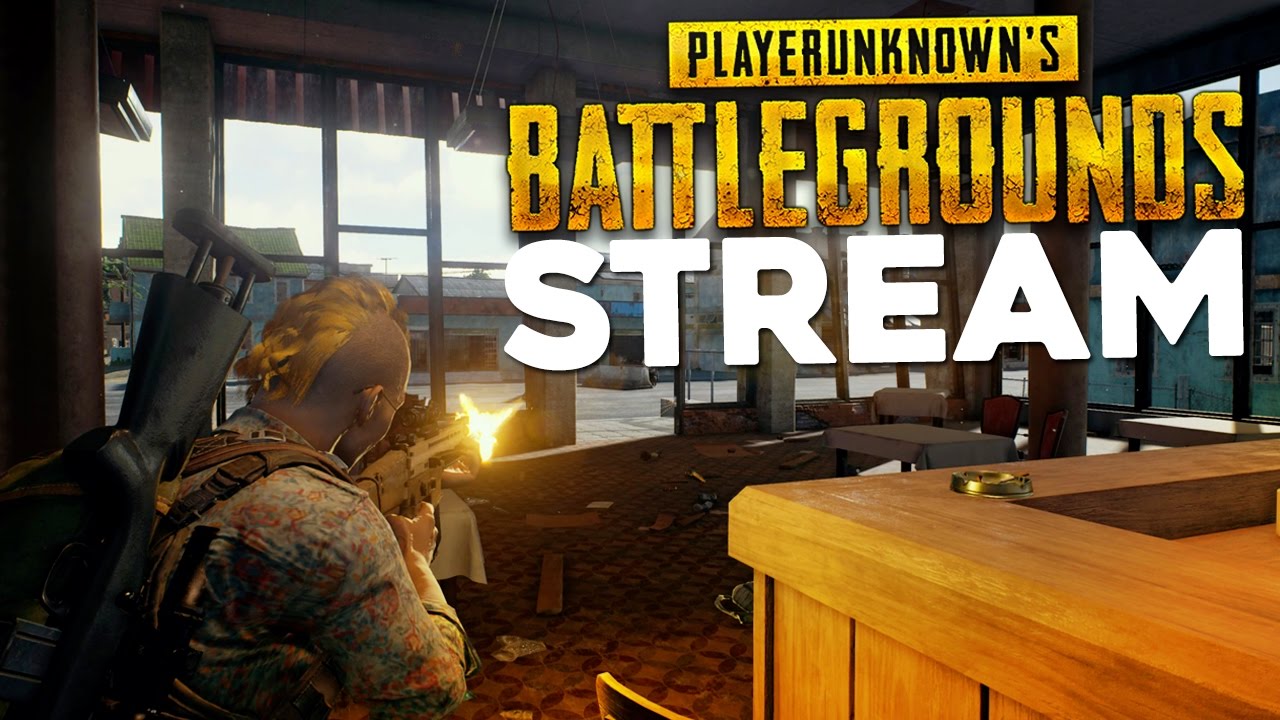 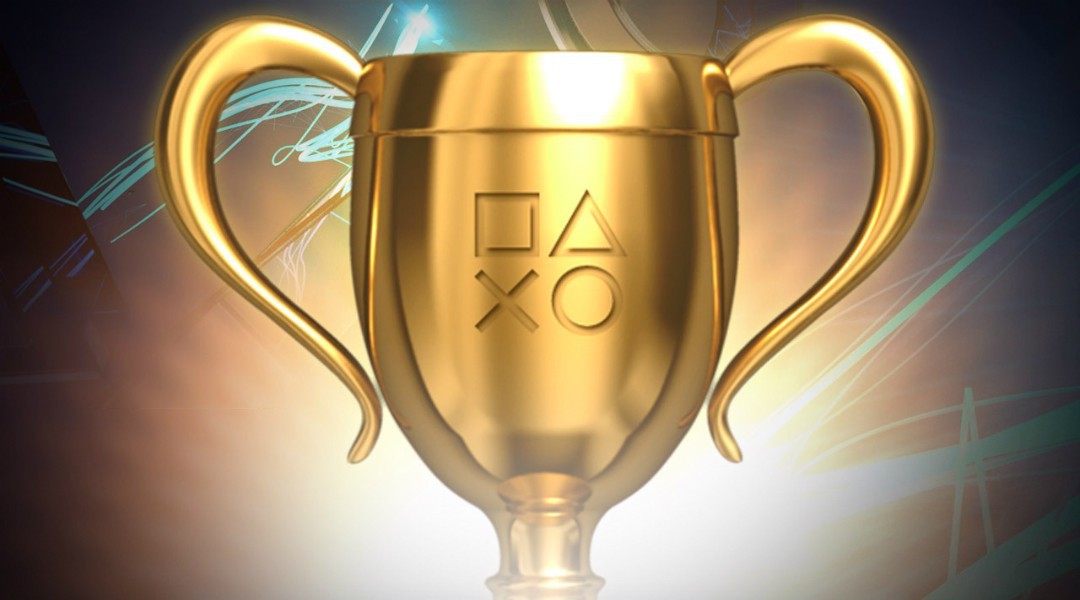